I have to admit that I find the plotmath expressions in R a little fiddly to annotate plots with mathematical notation.

Apparently I am not the only one, but Stefano Meschiari did actually something about it. A few days ago his package latex2exp appeared on CRAN.

The package provides the wonderful function latex2exp that translates LaTeX code into plotmath expressions. Brillant! All I have to remember is to escape the “" character, that is write ”\\“ instead of ”".

Below is the first example from the plotmath help file and again using latex2exp. I think this is much easier to read and write. 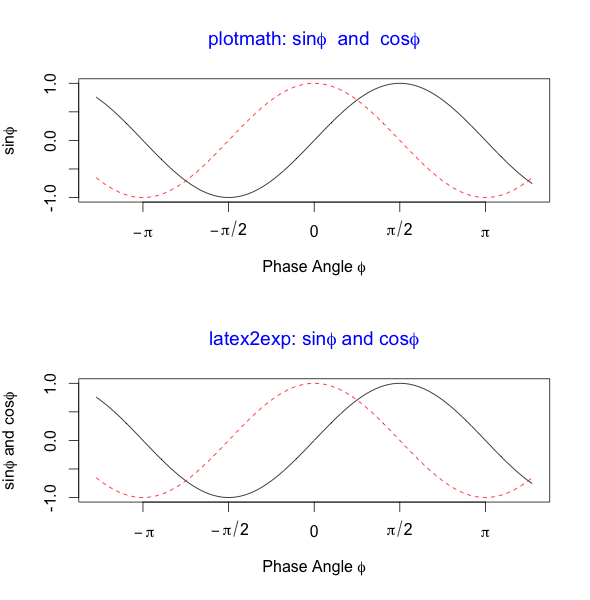 You find more information about latex2exp on Stefano’s web site and his GitHub repository.