13 Jan 2015 3 min read Statistics
Last week’s post about the Kalman filter focused on the derivation of the algorithm. Today I will continue with the extended Kalman filter (EKF) that can deal also with nonlinearities. According to Wikipedia the EKF has been considered the de facto standard in the theory of nonlinear state estimation, navigation systems and GPS.

As an example I will use a logistic growth model, inspired by the Hakell example given by Dominic Steinitz. 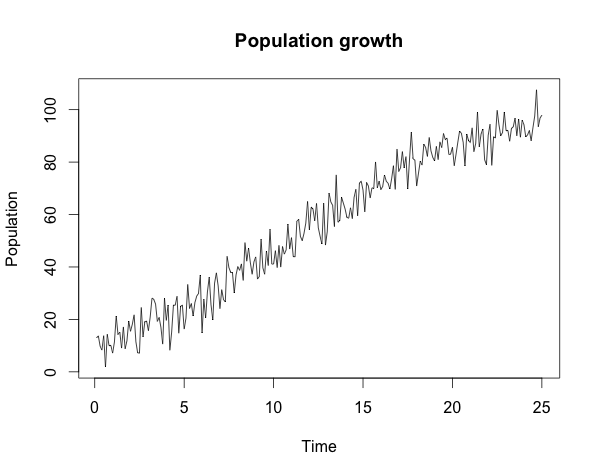 With an initial prior guess for \(x_0\) and \(\Sigma_0\) and I am ready to go. The R code below shows my implementation with the algorithm above. Note that I use the jacobian function of the numDeriv package. 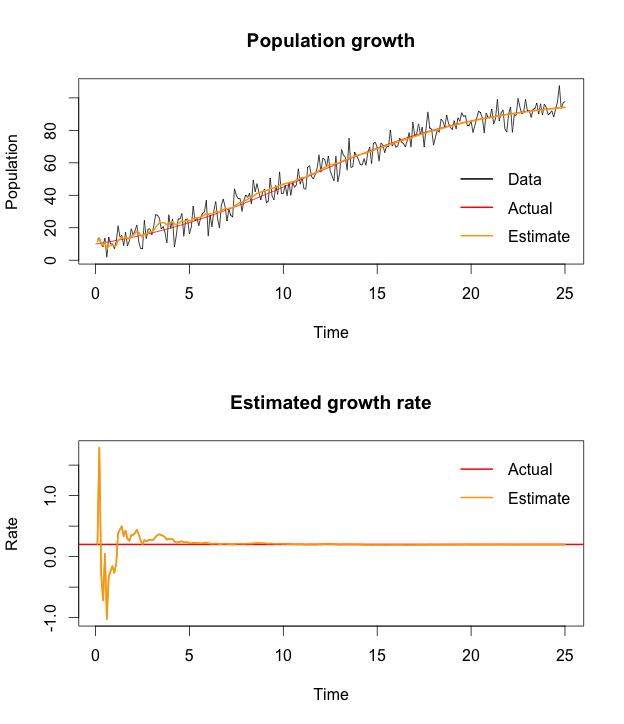 After a few time steps the extended Kalman filter does a fantastic job in reducing the noise. Perhaps this shouldn’t be too surprising as a local linearisation of the logistic growth function will give a good fit. The situation might be different for highly nonlinear functions. The Wikipedia article about the Kalman filter suggests the unscented version in those cases.