Not only verbs but also believes can be conjugated

Following on from last week, where I presented a simple example of a Bayesian network with discrete probabilities to predict the number of claims for a motor insurance customer, I will look at continuous probability distributions today. Here I follow example 16.17 in Loss Models: From Data to Decisions [1].

In the same way as I had good and bad driver in my previous post, here I have clients with different characteristics, reflected by the gamma distribution.

Question: How should I update my belief about the client’s risk profile to predict the expected loss cost for year 4 given those 3 observations?

Visually I can regard this scenario as a graph, with evidence set for years 1 to 3 that I want to propagate through to year 4. 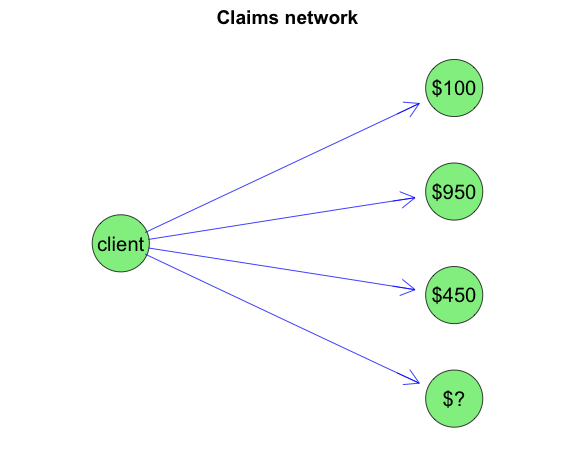 Ok, let’s visualise this. The following chart shows the prior and posterior parameter and predictive distributions. It shows nicely how the distributions shift based on the observed data. 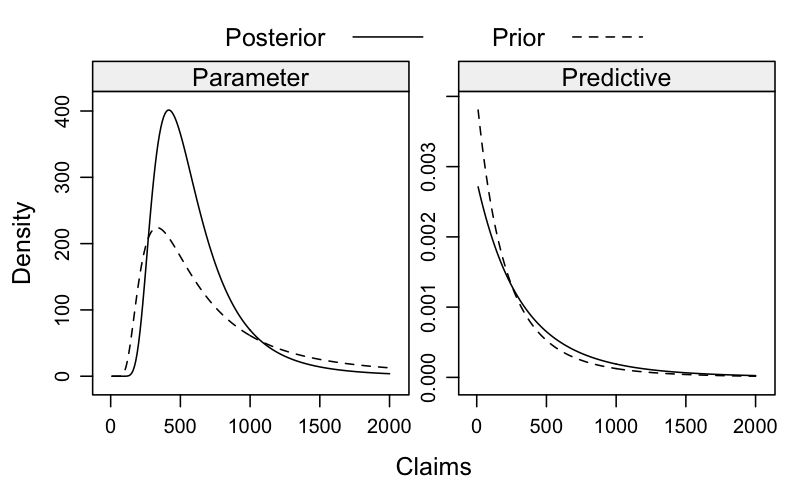 Markus Gesmann (Nov 26, 2013) Not only verbs but also believes can be conjugated. Retrieved from https://magesblog.com/post/2013-11-26-not-only-verbs-but-also-believes-can-be/